Venezuela Reminds us how Difficult the Struggle for Socialism Is

The struggle for socialism is international and the success or failure of left-wing governments in other countries affect what happens here. As such, the ongoing degeneration of the Chavez’s Bolivarian Revolution in Venezuela have been deeply disheartening and give the right yet another narrative with which to attack the Labour left.

Comparisons of Corbyn with Chavez and Maduro are silly. The policies in Labour’s manifesto were similar to those of Germany or Scandinavia, not Venezuela. Venezuela’s economic problems have resulted from what even a number of left-wing economists have identified as very stupid policies which are not fundamental to socialism. These include an unworkable system of fixed exchange rates, a massive over-reliance on the oil sector, and food prices regulated in a way that cause shortages and the emergence of a black market. This is coupled with massive corruption in both the public and private sector. If Maduro were remotely competent then he could easily begin to address at least some of these problems.

Venezuela is currently an awkward mix of socialism and capitalism. Large portions of the economy are in public ownership, but other vital sectors still remain private. Private business isn’t willing to cooperate with the socialised sector. Essentially, the country is at an unstable point which could be resolved by shifting back towards capitalism or continuing to push towards socialism, nationalising uncooperative sectors. The former would result in a decline in living standards for those the government has lifted out of poverty over the last 20 years (although the recent economic problems have started doing this anyway). In the case of the latter, rampant corruption makes it dubious nationalised companies would work in the public interest.

In the past there were some very encouraging moves towards direct democratic control over nationalised firms. In some cases (such as electricity) this took the form of workers’ electing management. Other enterprises were placed under the control of local “communal councils” which are institutions where all citizens could participate and vote. These were encouraging developments, but unfortunately the state has proven unwilling to actually commit to give up power to the masses. Had Chavez and Maduro done a better job at supporting these measures then non-corrupt, non-authoritarian public control of the economy would be possible and could represent part of the solution to the current crisis.

One of the reasons these problems have been allowed to arise is that the supporters of the president have little control over what he does. This is a result of the extremely undemocratic structures of the United Socialist Party of Venezuela. While its original goal was to be democratic and engage socialists in the fight for socialism within the state, it has not turned out this way. Were the party democratic then it would allow discussion and debate. It could make Maduro adopt better policies, or force him out if he refused. It could even have allowed the grassroots to choose a competent candidate to replace Chavez and not relied on the past president to anoint his own candidate.

The irony is that attempts by socialists to democratise the Labour Party along the lines needed in Venezuela are often reported as intimidation tactics and consolidating control of the leadership. While it is true that currently it would help the leadership, as the membership is more politically aligned with Corbyn than with the bulk of Labour MPs, that is not the point. Or, at least, it should not be. The desire is to ensure that parliamentary candidates are representing the views of the membership who campaign for them. If an MP (or a leader) are doing a poor job then the membership should have the ability to get rid of them. Yes, voters have that capacity too, in that they could elect a different MP, but for those whose views align with the Labour Party and who simply dislike the candidate, accountability to the membership offers a more meaningful choice. God knows, this would be helpful in Venezuela, where more and more are falling into the category of supporting socialism but being fed up with the incompetence and heavy-handedness of the president.

Of course, for party democracy to work there does have to be critical thinking and engagement beyond just supporting the leader. This was often not the case in Venezuela under Chavez, whose personality cult was at least partially a deliberate strategy; it is easier to rally people around a messiah than an abstract concept. Too many Labour members give uncritical support to Corbyn, but there are also plenty who do not. Even within Momentum you will find activists who differ with the leadership on issues such as Britain’s relationship to the EU or free movement. This website, owned by one of the men behind Corbyn’s leadership campaign, has published material critical of his policies in areas such economics and energy. It is paramount that we build on these glimmers of critical engagement within the party if we want the leadership to be accountable.

Even if we fail in this, we have to ask ourselves whether Britons would allow the slide into authoritarianism seen in Venezuela. The institutions and democratic norms of the British state are much stronger than those in Venezuela. Corbyn’s hostility towards the military means that they would be extremely unlikely to go along with him if he tried to consolidate power, whereas much of the Venezuelan executive comes from the military. In Britain, the far more likely outcome of a failure in democratic control would be that of Syriza: a Corbyn government giving into pressure from capital and simply trying to justify neoliberal policies in leftist terms.

I’m pulling no punches in my assessment of Maduro’s regime. Some will accuse me of lacking solidarity with the Bolivarian government. They are showing precisely the lack of critical engagement which I have decried. We can not simply be cheerleaders for politicians, be they British or Venezuelan. We must call them out when they are going wrong, or things are unlikely to be corrected. Yes, of course the opposition in Venezuela has been violent and reactionary. Of course I denounce it. But how does that improve the situation if the only alternative is someone who can’t address the structural issues which have emboldened the opposition? Of course the opposition have used underhanded tricks and of course I denounce that too. But why then should I excuse any underhanded behaviour of Maduro? Of course Western politicians are condemning Venezuela while remaining silent about autocratic regimes elsewhere. But we on the left normally condemn the moral standards of the right, so why should we be so quick to adopt them ourselves?

I want socialism to succeed in this country. That cause will be greatly helped by it succeeding in other countries. Realistically, Maduro is not going to achieve that in Venezuela if he sticks to his current course. So I ask, who exactly is your unflinching, uncritical “solidarity” helping? And if you can’t bring yourself to look objectively at events happening thousands of miles away, how will you do it in the struggle at home? 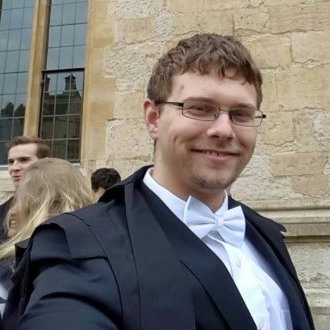 I am a DPhil student at Oxford studying Atmospheric, Oceanic and Planetary Physics. Outside of my studies, I am interested in computer programming and left-wing politics.